Many laptops and keyboards don't come with an indicator for your caps lock key. Num Lock is...
Read more

Electric vehicles are growing every day, and they are certainly going to be the future of automotive...
Read more

NASA has demonstrated it's first all-electric experimental which they have dubbed as the X-57 Maxwell. Its first...
Read more

Scott Hartleyhttps://www.sertmedia.com
My name is Scott Hartley I am from Nashville, TN, and love to cover topics related to the latest tech trends, social media, and cars! 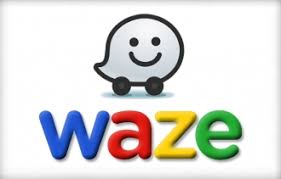 Yes it is official that Google has acquired Waze for 1.03 Billion Dollars. This is a very large acquisition for them, and it was a very smart move for Google as well. Google bought Waze and has explicitly said that they will remain a separate entity from the company its self. However it doesn’t feel that they will remain separate for long. There is an idea that we have about Google’s plan for Waze.

Waze And Google+
Waze will eventually be combined with Google+ to allow check-ins, you can think of it like Foursquare, however with a different spin off. Google will try to use Waze to make their Google+ more social so that they can gain more users. Google has tried so hard to make Google+ the top dog for social media sites, and now they might have the tools to do so. If Google does integrate the two things together they might be able to knock out some very similar sites such as Foursquare thus gaining more users.

Waze and Google Maps
With the idea that Google might integrate Waze with Google+ they might also make changes to Google Maps to integrate Waze rather than leaving it as its own app. While these ideas are all theoretical, we do know that Google was not the only groups competing for this app.

Was This A Smart Move?
Waze was a smart investment or at least Google, Facebook, and others though which is why they were all competing for this app. After the deal was closed Waze CEO said “If you can’t beat them join them”. While many people will disagree with this investment, Google saw the potential and now we will see if Google can use Waze properly or if they will simply push it off only time will tell.

Many laptops and keyboards don't come with an indicator for your caps lock key. Num Lock is...
Read more
Science

Electric vehicles are growing every day, and they are certainly going to be the future of automotive technology. However, the cars are...
Read more
Technology

NASA has demonstrated it's first all-electric experimental which they have dubbed as the X-57 Maxwell. Its first test flight is going to...
Read more
Technology

Huawei VR Glass Will Launch This December In China

Huawei will finally be launching its own virtuality reality headset. The device has been dubbed the Huawei VR Glass. This has been...
Read more

iPhone's are known to have powerful cameras and the ability to record at 4K is truly amazing. However, 4K video recording at...
Read more

Apple has been facing pushback regarding its decision to remove a Hong Kon protestors tracking app from its App Store. BuzzFeed News...
Read more

Apple's iOS 13 has been nothing short of an atrocious launch. There have been bugs, major security concerns and even after three...
Read more